An elderly relative has been having trouble with times, dates, and schedules. I looked into technology that might help.

There are commercial products that try to address the problem. Amazon lists a few products like this:

They cost about $45 or so. Labels are big, clear, and do not use abbreviations. Redundant information like "Morning" and "Afternoon" can help reduce confusion. The screen automatically dims at night.

None of them, however, automatically update for daylight savings time. That made them completely useless for my purposes, since I live on the other side of the country. There's no way someone with technology difficulties is going to do well with a UI like this (located on the back of the screen):

Note that you can't even operate the buttons and look at the screen at the same time. I don't expect the staff at the assisted-living facility there to have to read a manual twice a year in order to adjust the clock.

Since WiFi is available on site, I thought I could put together something better using a small monitor and a Raspberry Pi Zero.

Include the features of the commercial date clocks:

In addition, add an area for custom messages to appear on a scheduled or one-time basis:

I assumed I would have to be on site in person to set it up initially, but after that I hoped it would keep going without any hands-on intervention on my part.

Here is the finished device in operation: 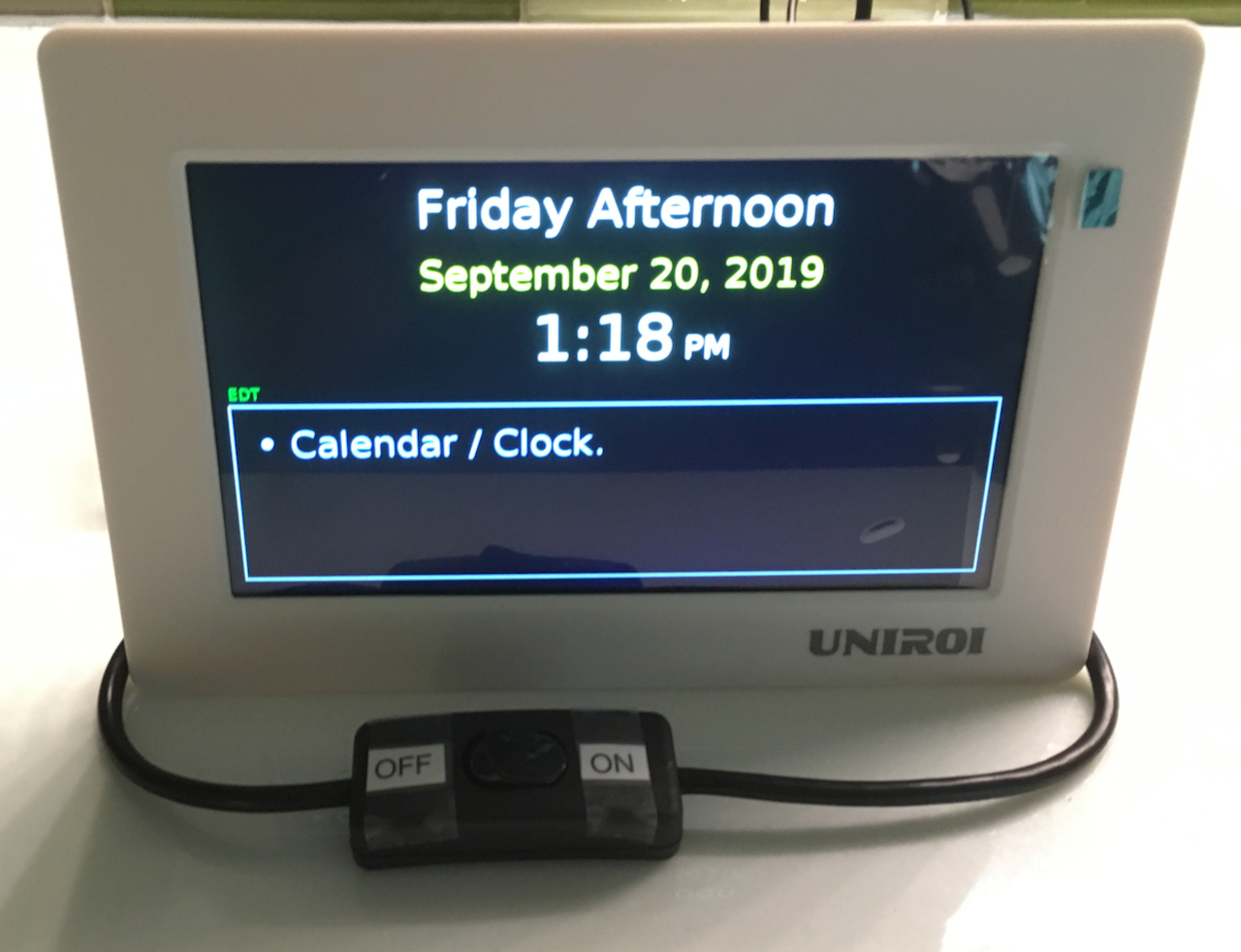 (The green tab in the upper right corner is a pull-tab for the plastic screen protector, which is removed after installation.)

The text "Calendar / Clock" in the box is just an example of a message that might appear there. For the first few minutes after booting, the timezone appears in small green text above and to left of the message box. If the Raspberry Pi has successfully acquired an IP address, the IP address appears after the timezone.

The on/off switch in front turns off the monitor but leaves the computer running. Although the software contains code to dim the screen at night, even with the screen completely black there still a noticeable glow from the backlighting. I added the front switch for the monitor power in case this became a problem when trying to go to sleep. 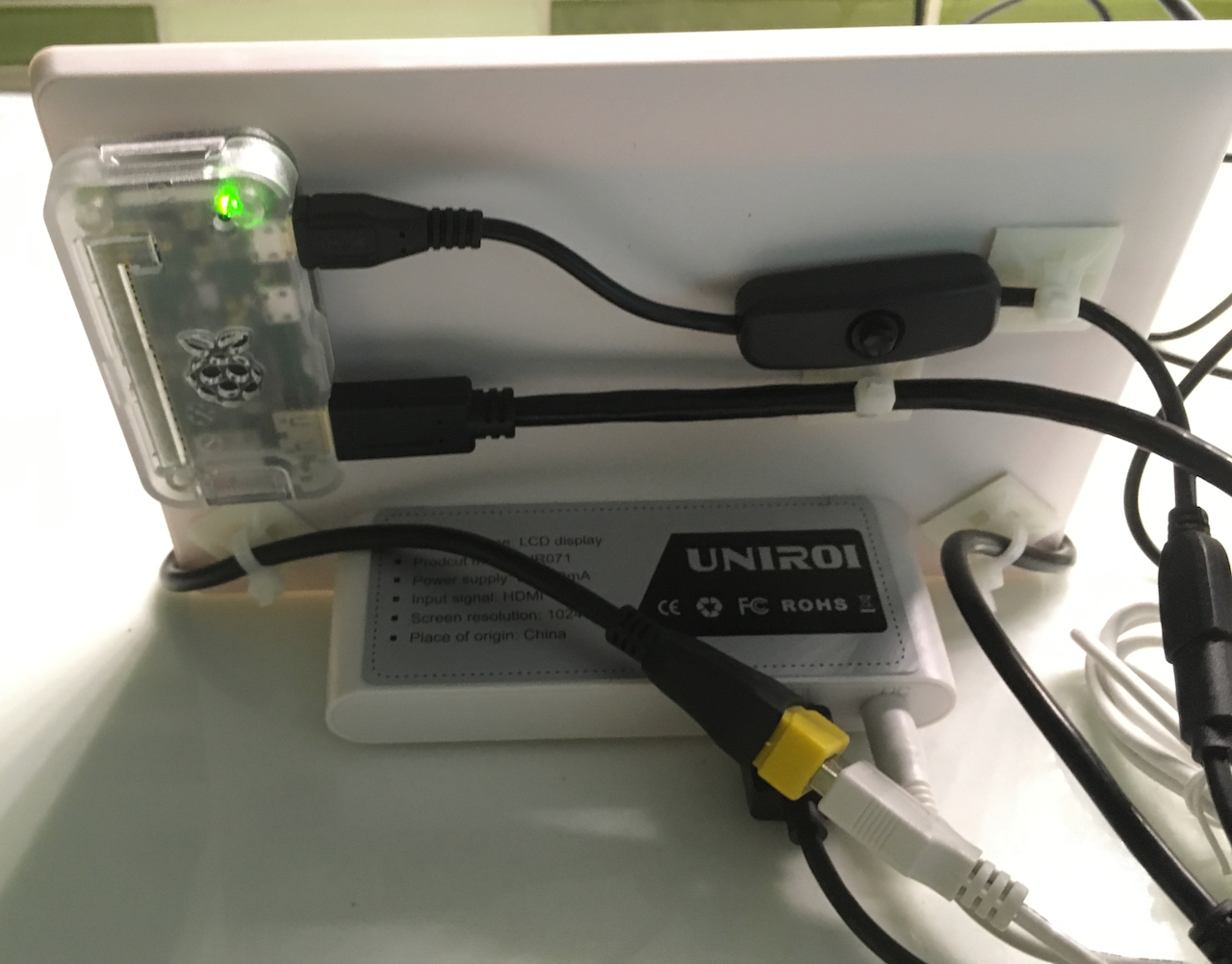 The back of the monitor has the Raspberry Pi attached on the left with Velcro® hook and loop fastening. Cables are attached to the monitor with zip ties and adhesive pads. The on/off switch cable on the back controls power to the computer. (The switch cable is the one plugged in at the upper right of the Raspberry Pi; it's a bit hard to see the switch button in this photo.) 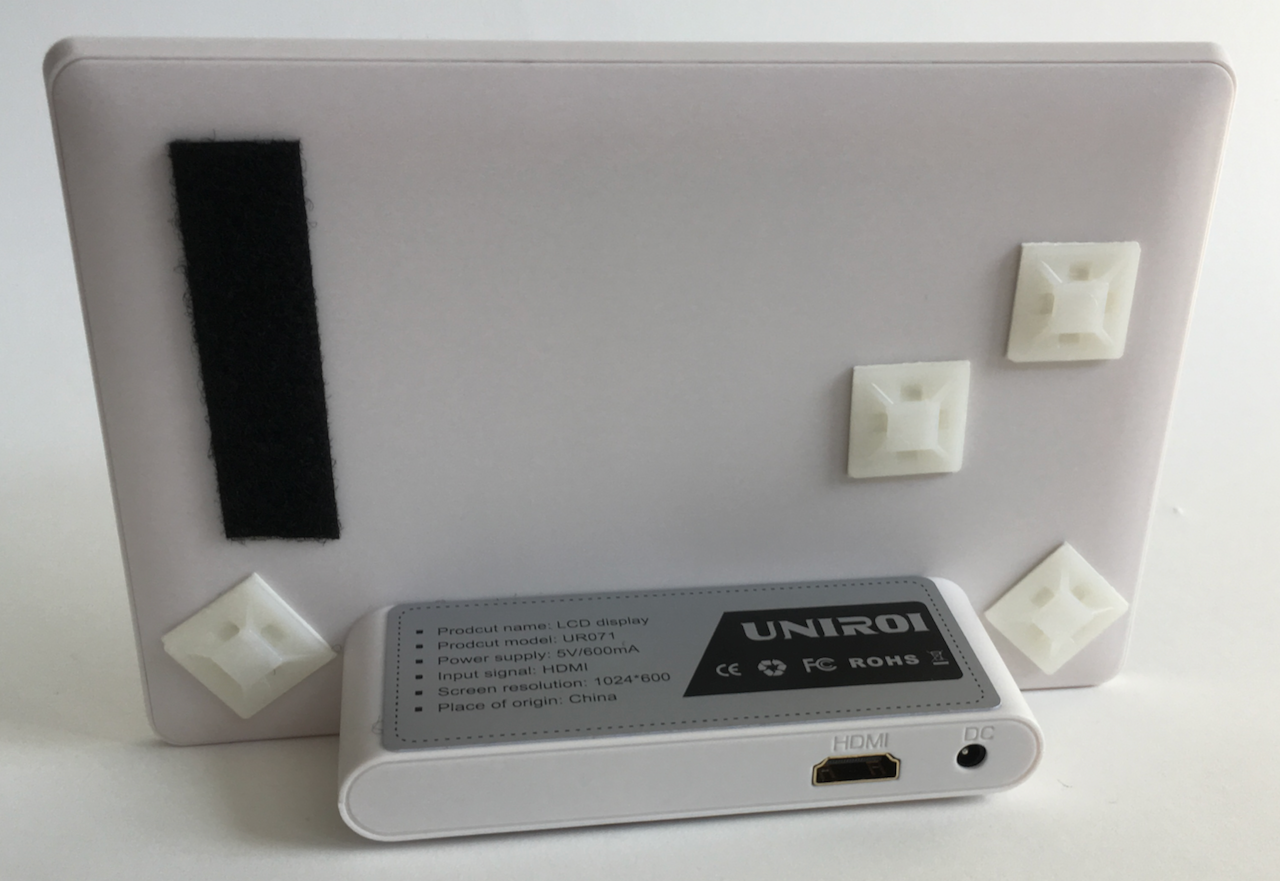 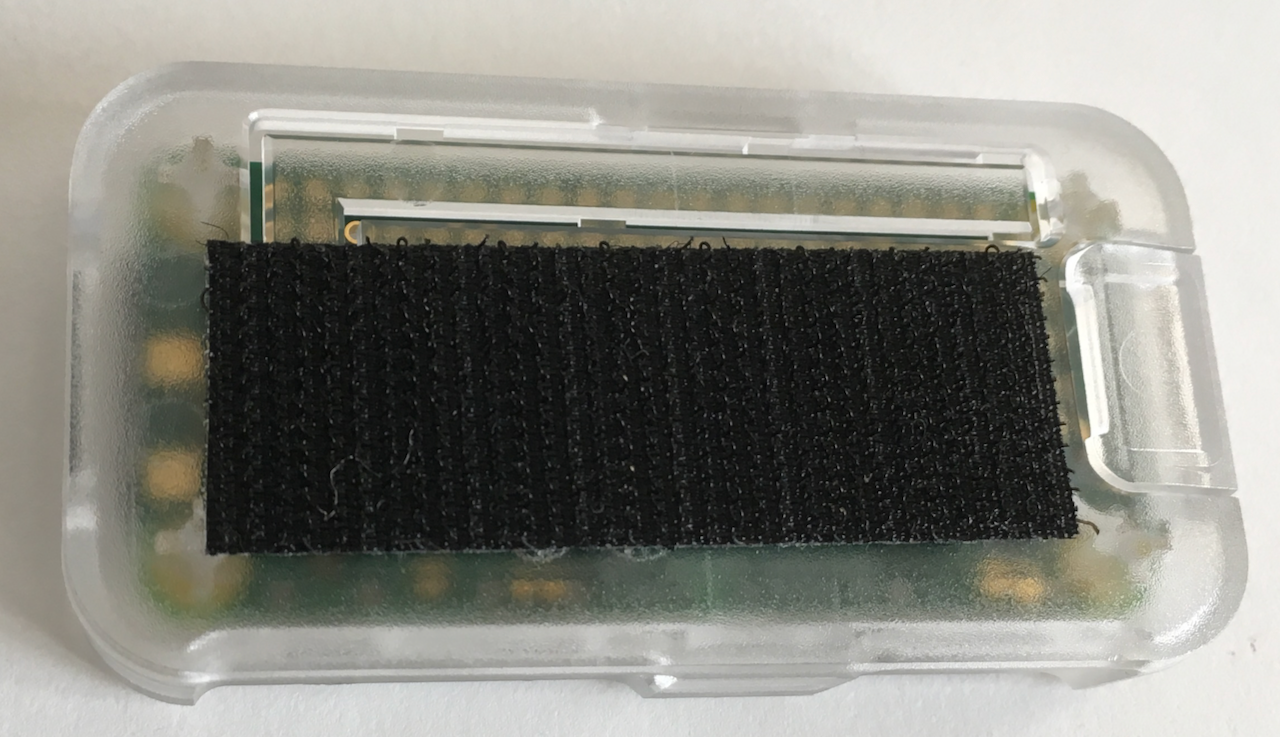 At present, the user interface is quite minimal, namely remote editing of a text file on the Raspberry Pi. Whenever the message text changes, the software also writes to a remote server an image file of the new screen (screen.png); this serves as confirmation that the software is responding to the control file.

Here is a sample of the https://example.net/relay/screen.png file (where "example.net" stands in for the personal domain I use for the remote server): 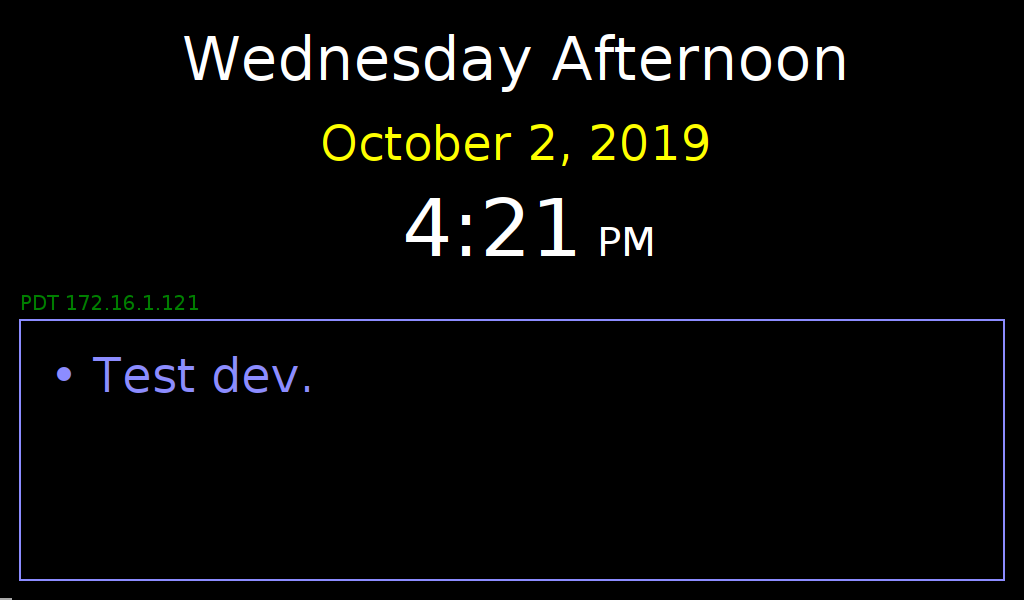 Here is a sample of the control file, notes.txt:

Prices are approximate as of September 2019. Total outlay for the parts below was about $130, not including sales tax. 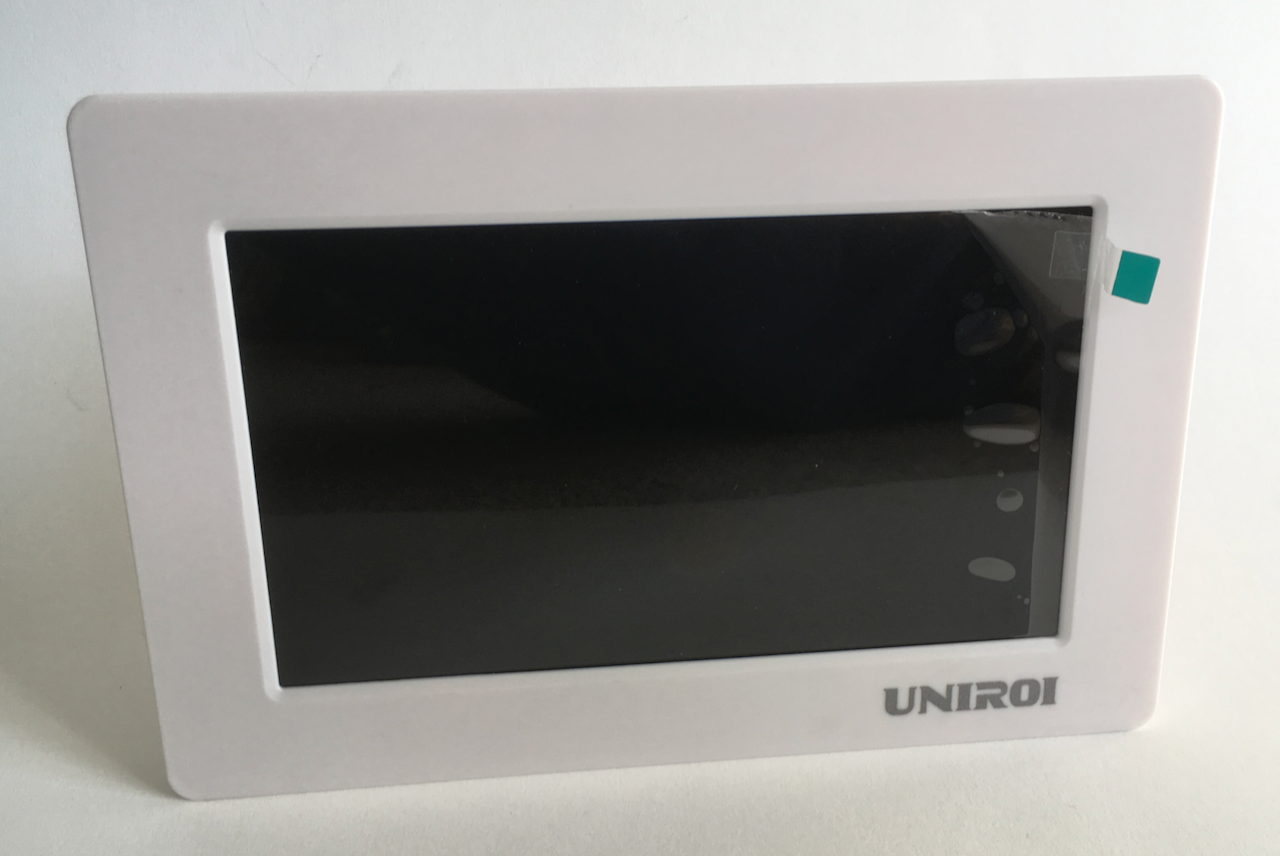 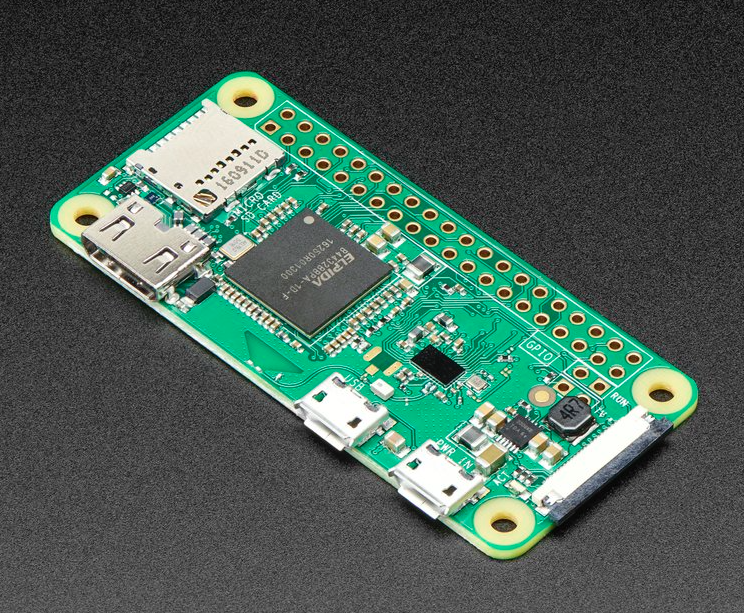 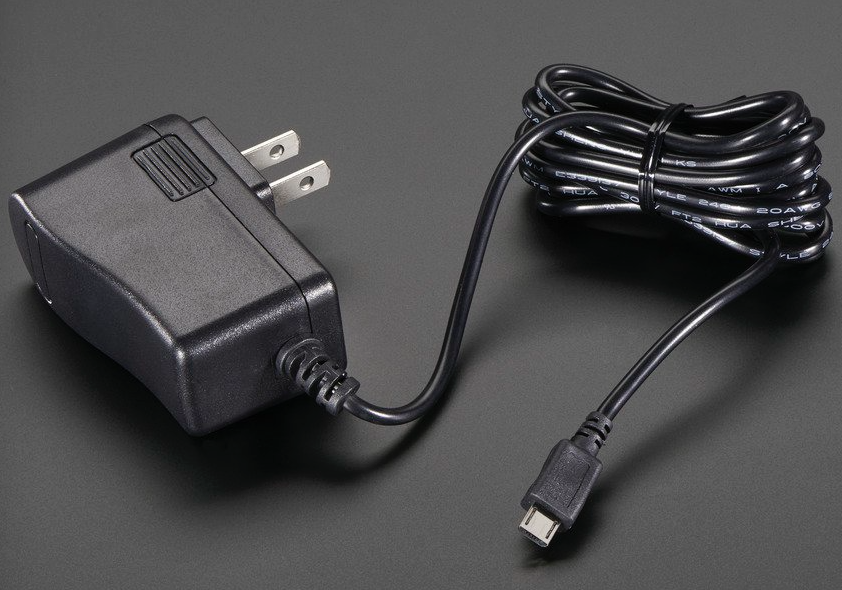 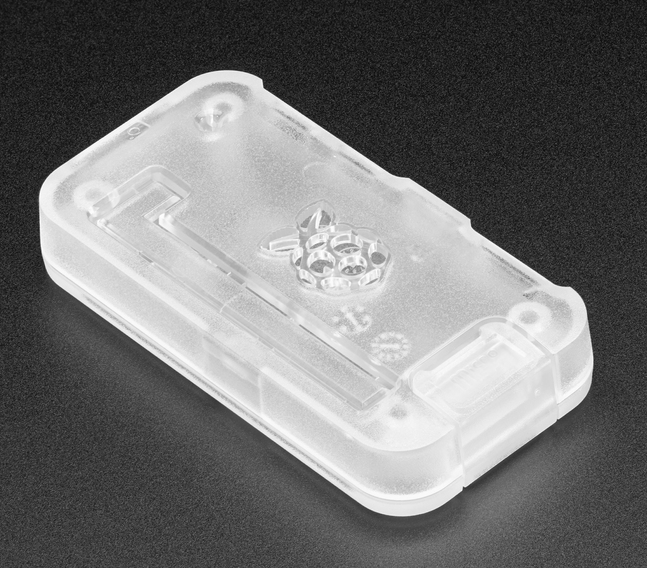 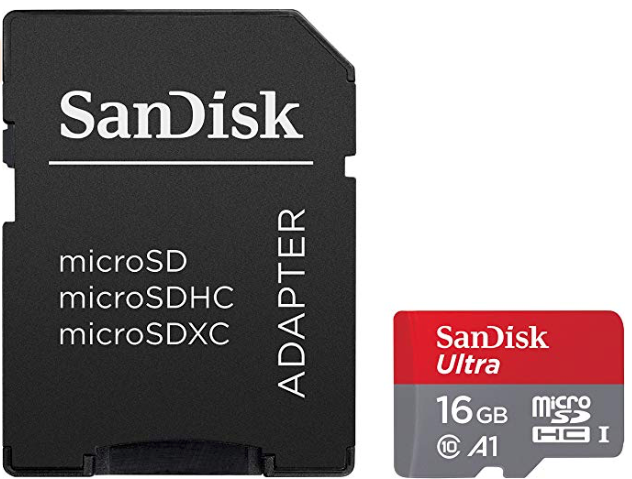 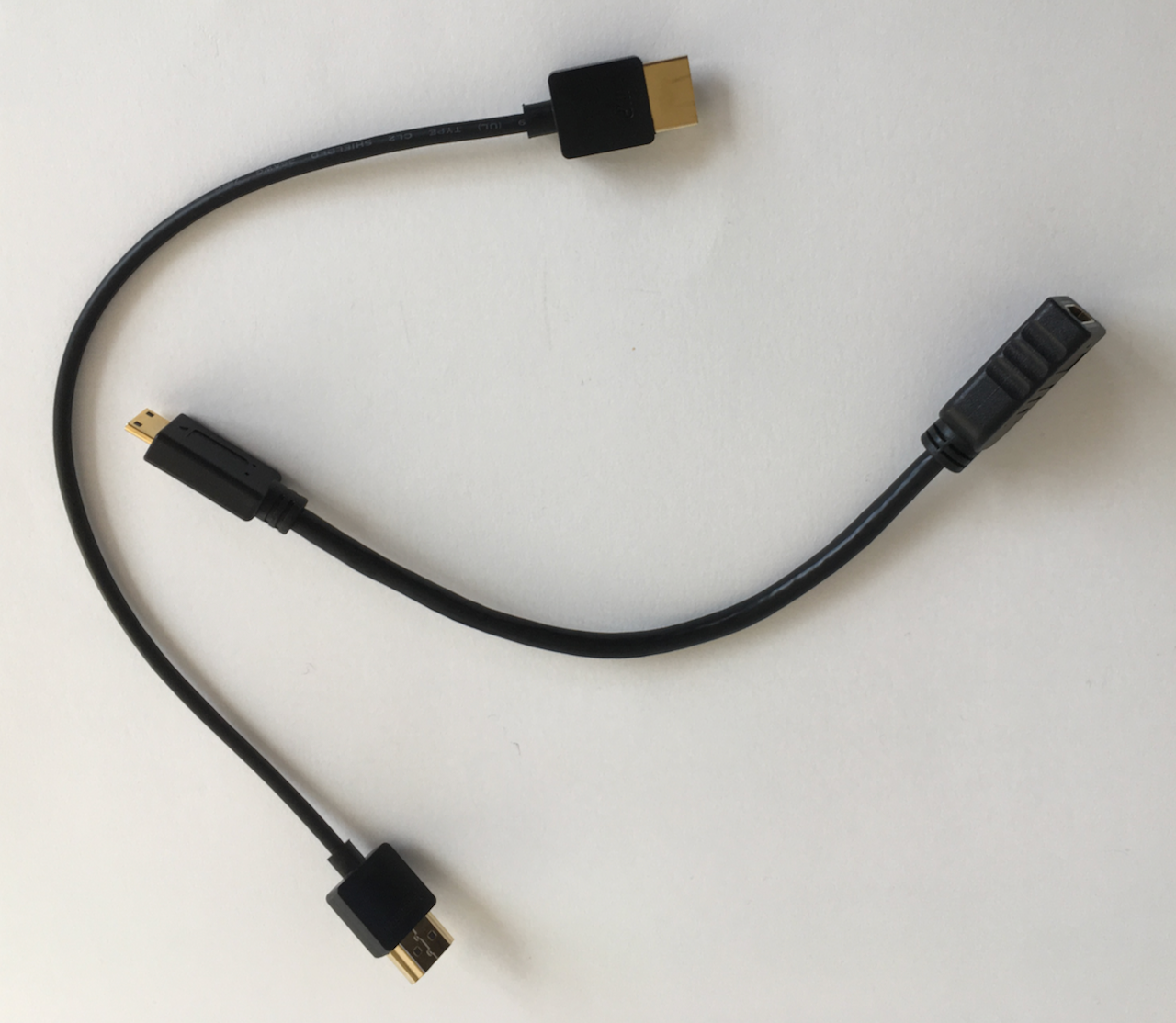 The white cable was included with the monitor. 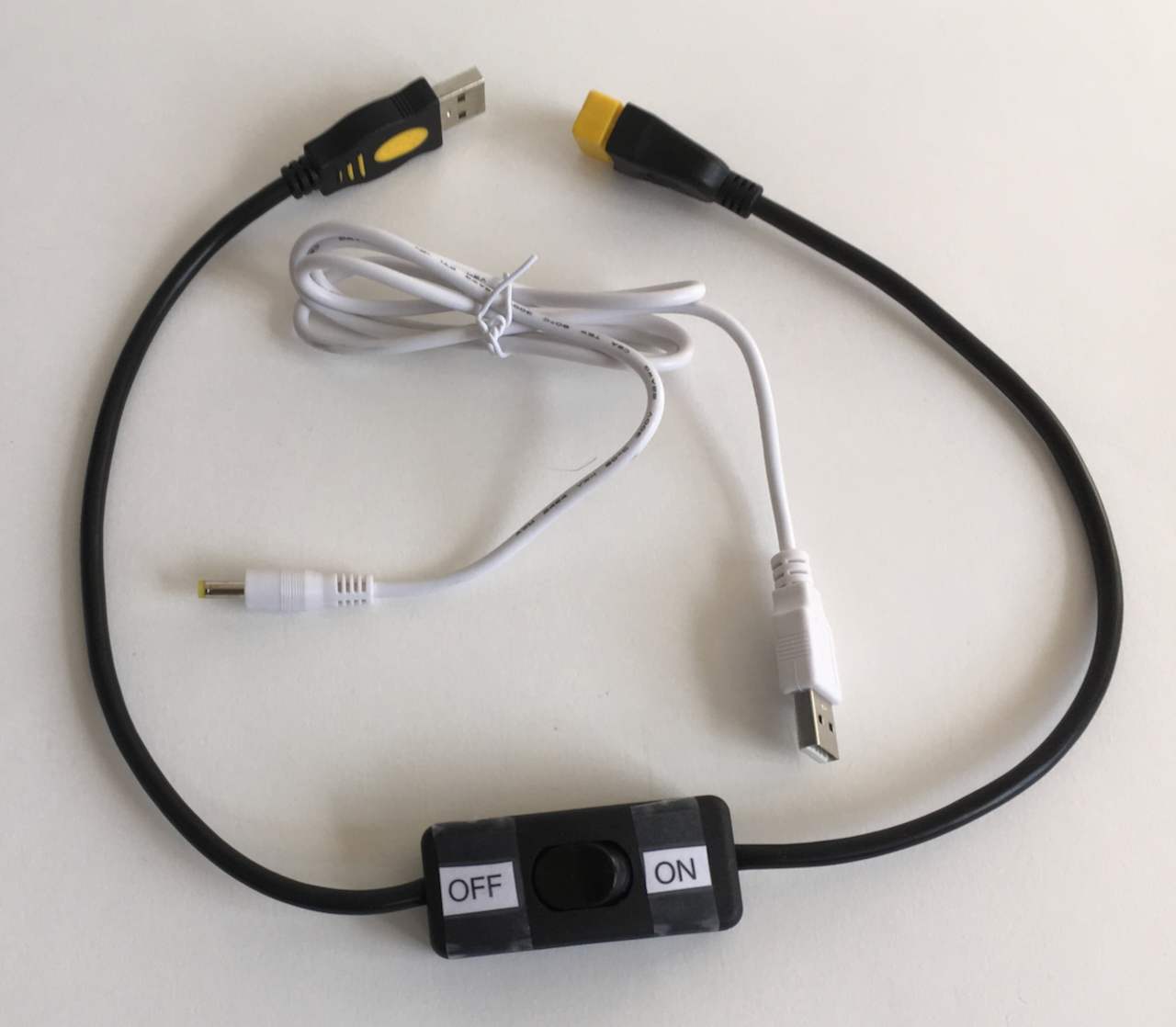 MicroUSB Push On Off Power Switch Cable for Raspberry Pi from Amazon. $4 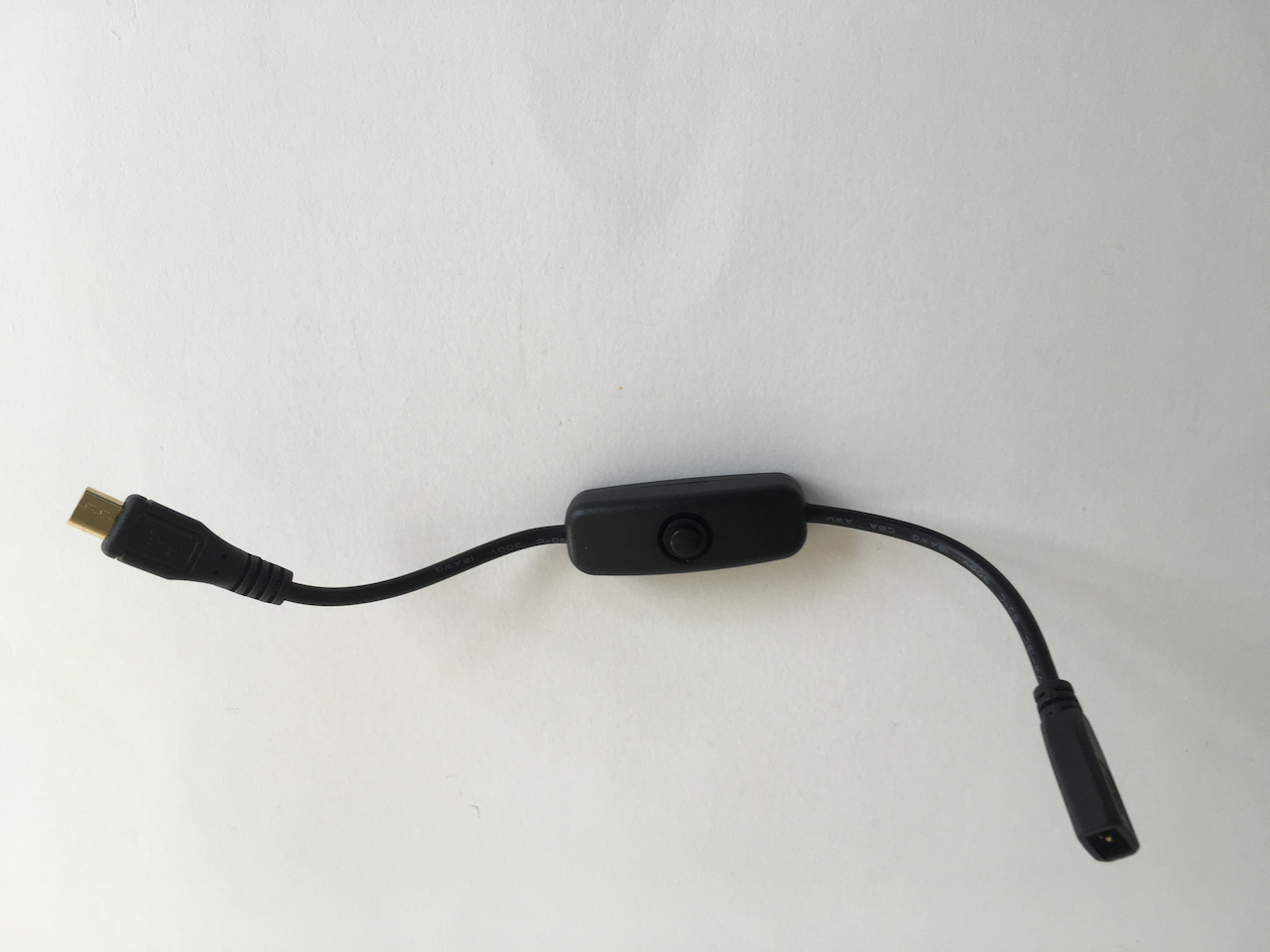 The monitor came with a USB power supply that wasn't UL-certified. I decided I'd prefer to use one that was. 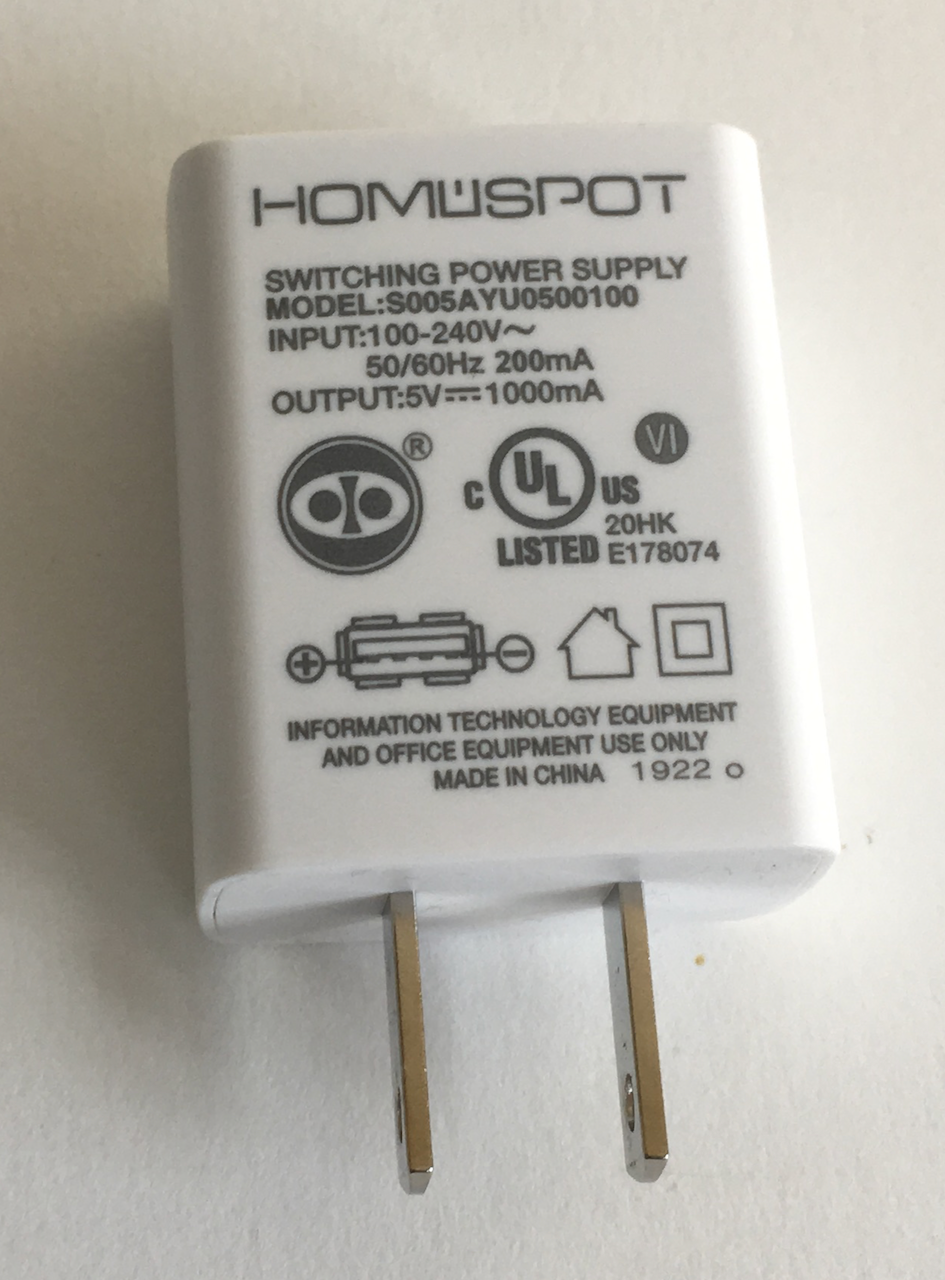 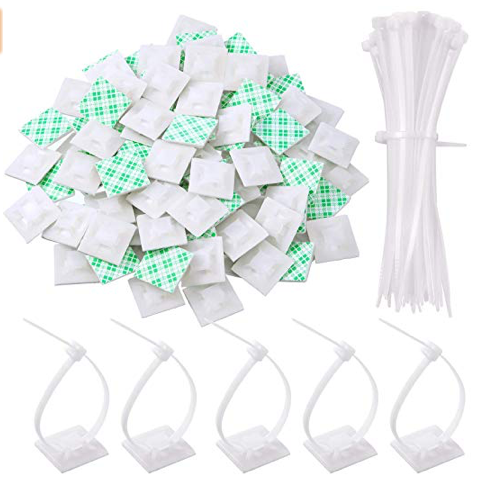 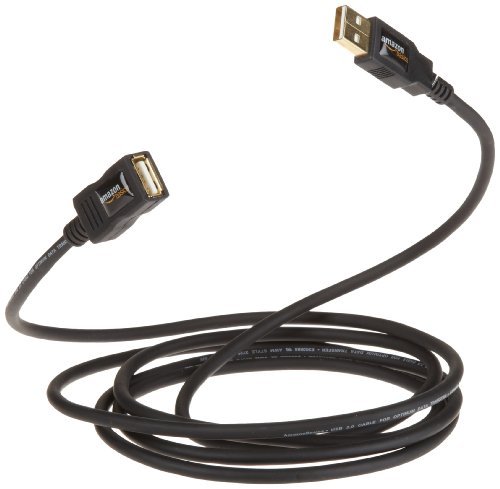 These items weren't needed for the device itself, but I found them useful for development and to have available on site while setting up. 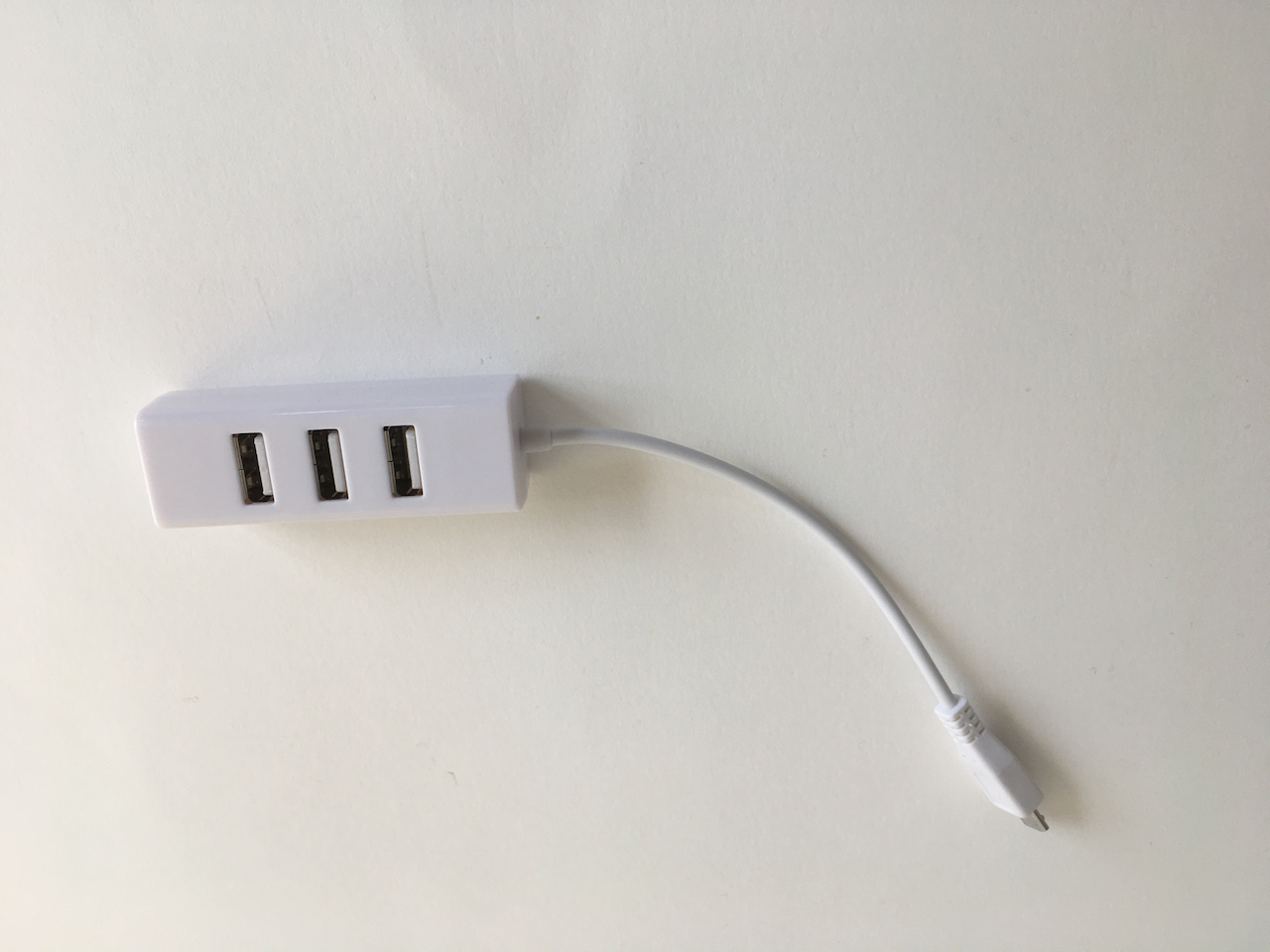 Folds up nicely for stowing in luggage! Can be used as both Bluetooth and wired USB keyboard! 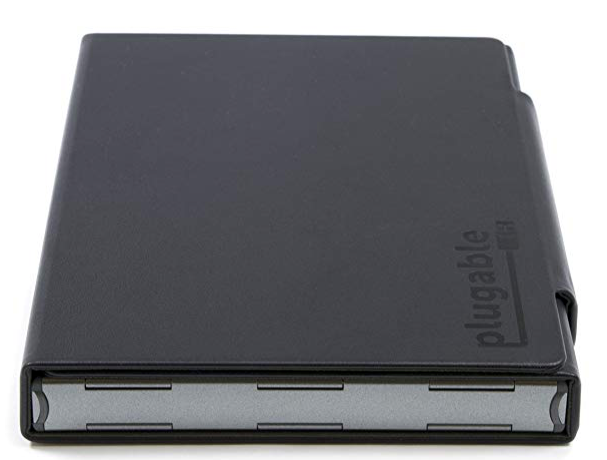 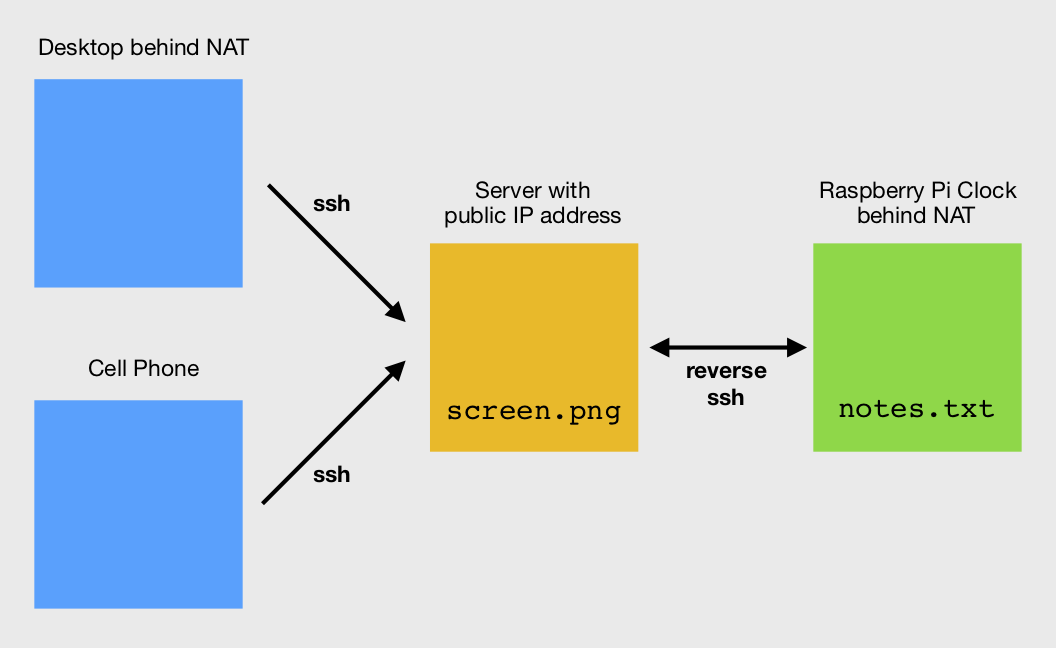 One suggested solution is pwnat. It sounds great, but it doesn't seem to work for everyone. Given the fact that I would have limited time for debugging on-site, I wanted something more bullet-proof.

There's also the added complication that neither endpoint has a static IP address. If they did, and if there was full access to the NAT routers, then port forwarding could work.

In the end, it seemed the most reliable configuration would be if I used my own intermediate server with a static public-facing IP address. I've previously used https://lowendbox.com to find extremely cheap hosting, but ever since my last server from there abruptly shut down and the hosting company went out of business, I've been a bit wary of extreme low-end vendors. I opted for a nice $5 / month plan from linode, a company I have reliably used in the past, for a virtual private server (VPS) with 1 GB Ram, 1 CPU Core, 25 GB SSD, 1 TB Transfer. I installed CentOS 7 on the VPS. (See below for set up information.) For convenience, I attached a spare domain name that I own to the server, although I could just as well have used the static IP address of the server to reach it.

The remainder of this post has far more detail than any casual reader is likely to be interested in. I have tried to make it complete enough for anyone "skilled in the art" to recreate everything I did.

Combining tips from all them, and bearing in mind that the Raspberry Pi is running Raspbian Stretch and the linode VPS is running CentOS 7.7, these are steps I followed.

Note: these steps should done after the "Introduction" and "Names" sections in the System Setup: VPS Server description below.

Create a non-admin account ("relay") on the linode VPS to handle tunnelling. Provide for ssh key login to the account.

Create a service run-screen.service on Raspberry Pi to start run-screen at boot.

Wait for a minute, then log in to VPS server and test tunnel.

Now, even if the server reboots, the Raspberry Pi is powered off and back on, or the network connection is temporarily lost, the tunnel should be automatically reestablished.

The following assumes a macOS computer with an SD card reader attached, and a Raspberry Pi Zero W with monitor, keyboard, and mouse.

On first boot, the Raspberry Pi will show a series of screens, beginning with this one. 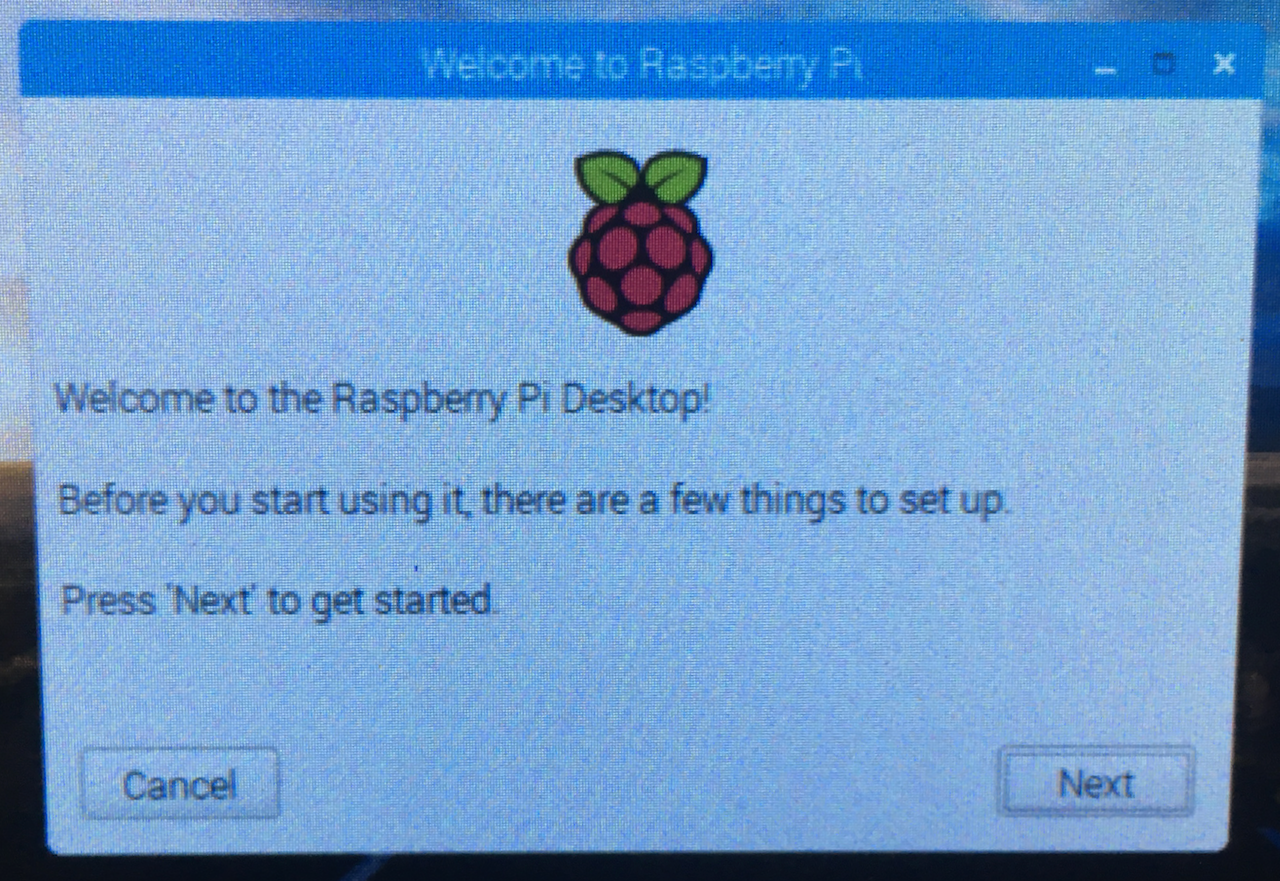 Proceed through the screens, and restart at the end of the series. 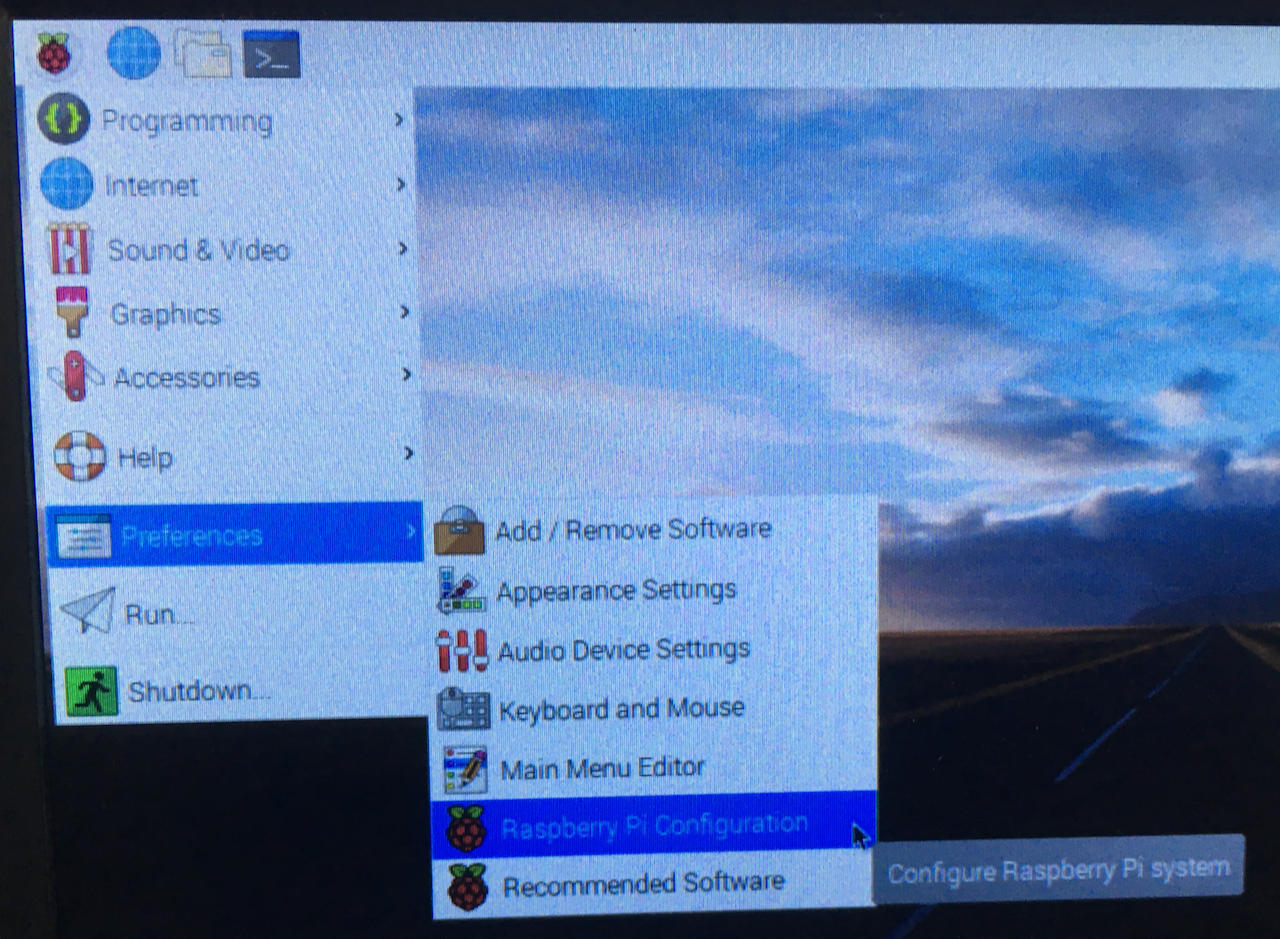 Change entries for each tab as follows:

From this point on, access the Raspberry Pi via SSH on the Mac. I find it convenient to use a static IP address for the Pi, represented by r.r.r.r below.

Make changes for the Uniroi monitor. They supply a batch file to make these changes; I prefer to make the changes directly by editing config.txt.

Edit the bluetooth configuration file, to provide for automatic connection and reconnection.

Before installation at the final location, add information for the site's WiFi network by editing wpa_supplicant.conf.

Insert an entry for the final location's SSID (on_site_ssid) and password (on_site_password).

Comment out any static IP information for the local development network. (This assumes the final location uses a WiFi access point with DHCP.)

Install tool to provide more information about network environment; may be useful for debugging later.

The following instructions are adapted from:

It may up to 24 hours for the DNS record to become active. Use the host command (on macOS Terminal) to verify the domain name is working:

Log in to root account and set host name information. (Replace w.x.y.z with the actual address of the VPS.)

And append the following, replacing (w.x.y.z) and (aaaa:bbbb:cccc:dddd:eeee:ffff:gggg:hhhh with the actual addresses of the VPS.

Log in via the new user. Edit sshd_config to disable root logins over SSH and listen on only one internet protocol.

If the hosting company provides for reverse DNS, follow the appropriate instructions, such as:

At this point, the Networking section above can be completed.

Verify config file by using the /usr/sbin/httpd -t command. Output should look like this:

Verify server status by using the systemctl status httpd command. Output should look something like this:

Typing http://example.net in a browser should produce the Apache welcome page.

Typing http://example.net in a browser should produce the above index page.

Include / edit the following lines:

Clear browser history, then test by visiting example.net. Use "webuser" for the user name and the value supplied to the command htpasswd for the password.

Install an SSH client app. I use Termius.

Get sources from github and build. Note: this project is presently just a proof of concept. The code is in an unfinished state.

To test the development version, append to the command line the number of seconds for which it should run.

Replace the contents with this:


Reboot. The time-screen program should start automatically. The image at https://example.net/relay/screen.png should update automatically whenever the messages change.

Create development versions of run-screen and run-screen.service that can run without interfering with the installed version.

Enable the service and reboot.

The time-screend program should start automatically. The image at https://example.net/relay/screend.png should update automatically whenever the messages change.

Shut down the Raspberry Pi.

Make a backup of the SD card. Remove the card from the Raspberry Pi and insert it in the reader attached to the Mac. launch the macOS Terminal program. Figure out the drive path by using the diskutil command.

Use the dd to make a copy on the Mac. Be careful with dd; type the wrong thing and you can wipe out your computer's disk.

It takes an hour or so. When it's done, use the macOS Disk Utility to compress it.

This is not a product. It's not even a great open-source project. I don't recommend anyone trying to make it into a product unless they have a tech support system that can deliver cost-effective networking support to unsophisticated users of niche devices.

But it is an example of what someone with DIY software skills can do to solve a problem. If it inspires someone else to try something similar, I'll be happy. (And if you want me to document the source code some more, send me email!)