I found various recipes for operating digital modes on the Yaesu FT-891 transceiver. Some of them contradict each other. Here's my contribution to the literature.

I can attest that everything worked for me as of the date of the post, but there are no guarantees.

WSJT-X is software that handles communication for various digital modes including WSPR. The manual is available here.

Source code is maintained at SourceForge.

Communication with the FT-891 via USB requires a driver ("CP210x USB to UART Bridge Virtual COM Port Driver"). The Yaesu website only has a Windows driver. The driver for macOS is available here.

I generally followed the bottom diagram on page 64 of the Yaesu FT-891 Advance Manual: One USB-A/B cable carrying control data, and one custom cable from the FT-891 RTTY/Data jack to a Microphone In / Phones Out computer interface carrying audio signals.

The USB cable had a ferrite choke on it, which I think is a good practice when connecting in an RF environment; my random wire antenna terminates in an open-air tuner a few feet above my computer. (See post from 2019, Antenna tuner peg board for sash window.)

The Mac Mini M1 computer does not have an mic input, so I used the Plugable USB Audio Adapter for input and output to/from the FT-891. It's a good thing to have an entirely separate interface for sound output so that random alert sounds and so forth don't accidentally get sent to the rig. 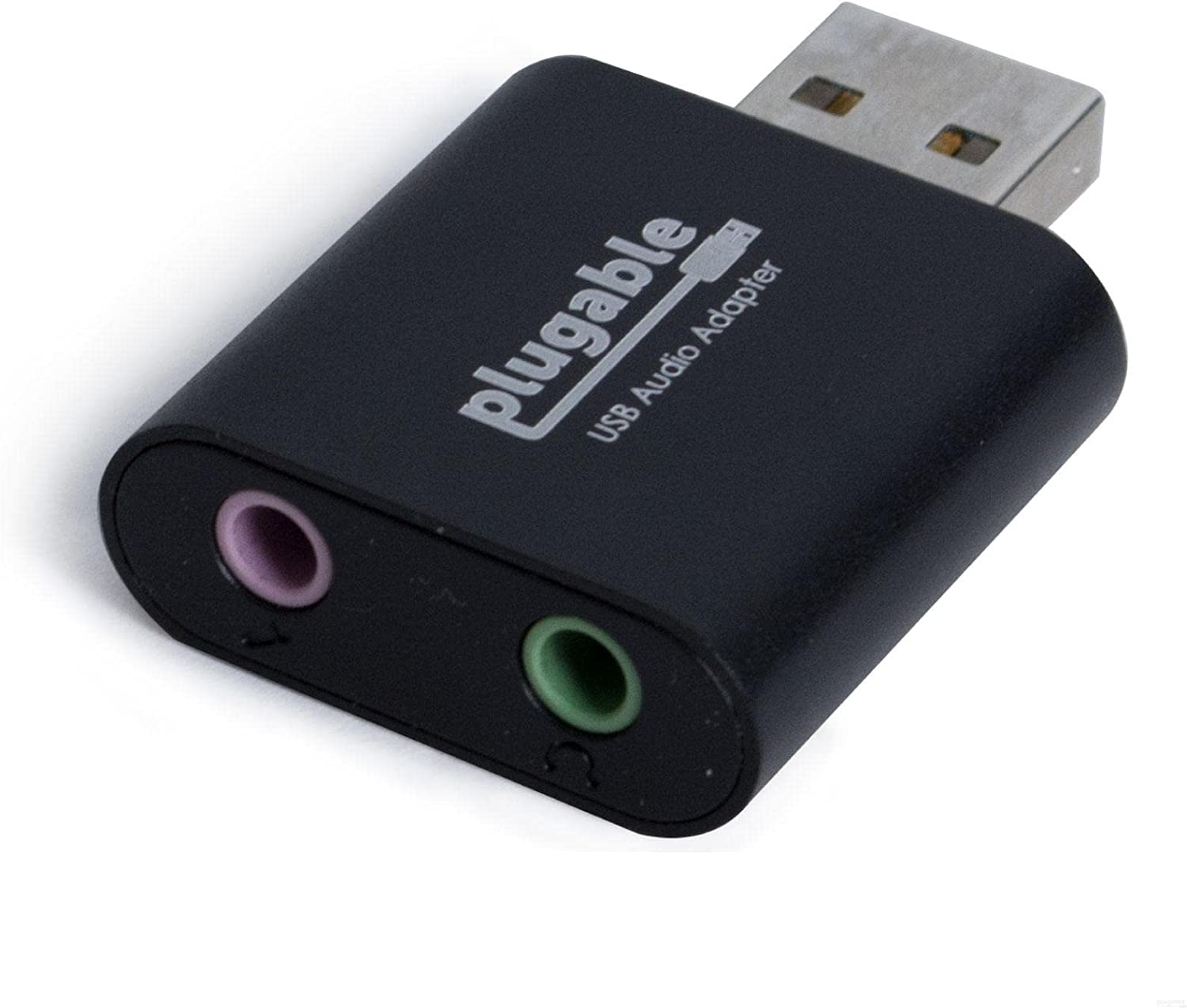 The custom data cable was made from a $3 PS/2 extension cable with one end chopped off. The internal wires are rather thin, so I opted to terminate them on a piece of stripboard inside a metal project box, and add 3.5mm audio jacks to the box. 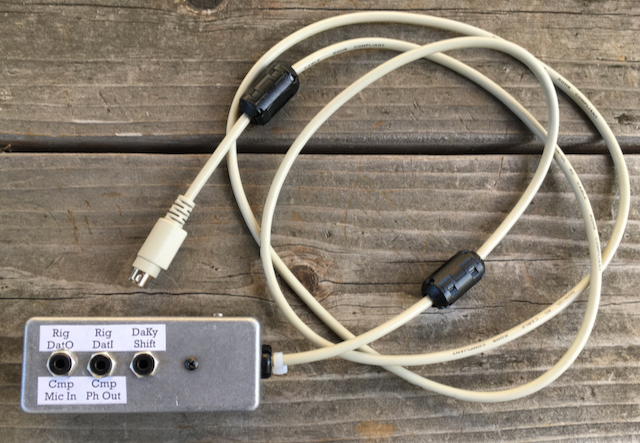 The pinout for the RTTY/Data jack is given on page 25 of FT-891 Operating manual.

The first version of the custom audio cable had shared grounds, no isolation transformers, and produced a lot of noise spikes every 120 Hz. Adding 1:1 audio transformers and being more careful about grounding cleaned up things noticeably. Also, I found that while a cheap 3 foot audio cable (3.5mm plugs on each end) for audio into the adapter also produced a lot of spikes, a cheap 2 foot cable didn't. So apparently the cable matters! I decided to go with one of these heavy-duty audio cables that are explicitly advertised as shielded. 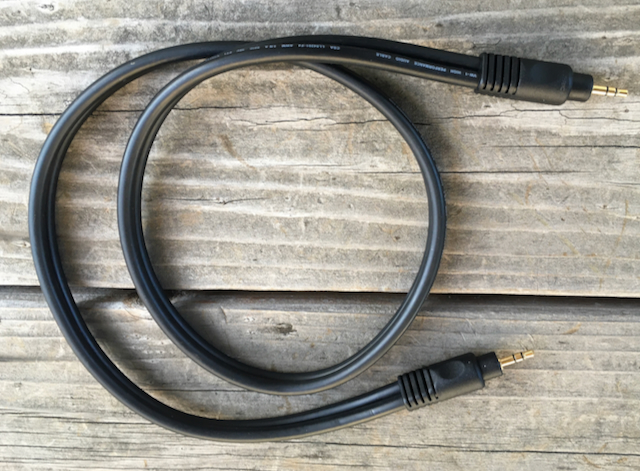 To avoid ground loop issues, I used these insulated audio jacks. They are actually TRRS instead of TRS jacks, but they work fine with ordinary 3-conductor TRS plugs; just ignore the second ring connection.

I also added a couple of ferrites to the cable. I haven't noticed any RF pickup problems, but they are cheap insurance. An assortment from Amazon proved handy. 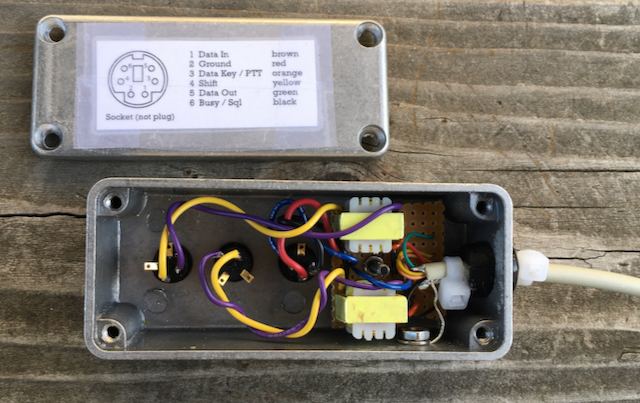 Here is the schematic. To allow for future use, the RTTY Shift and PTT connections are also brought out to a jack. 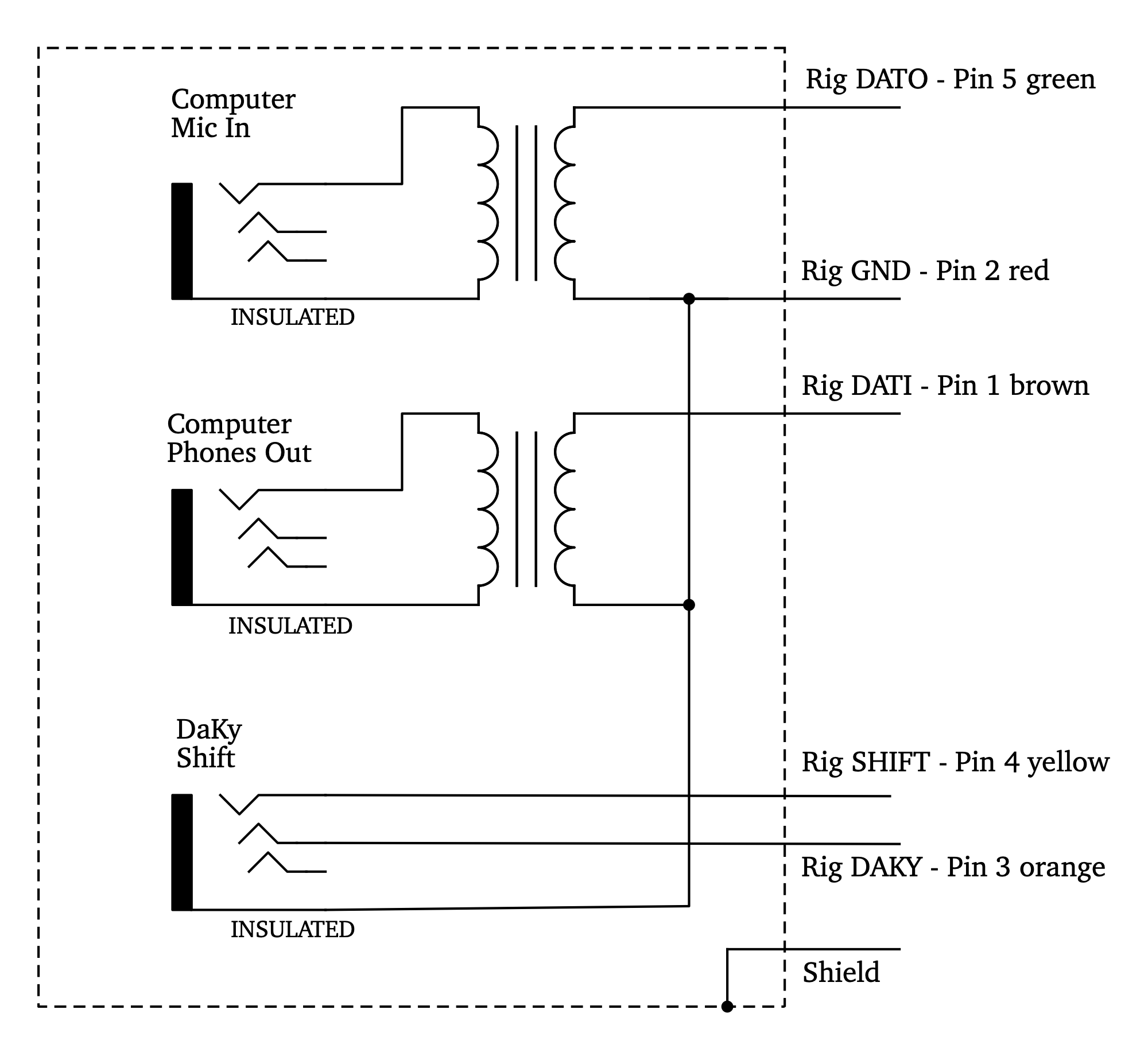 
I left the DATA LCUT and DATA HCUT settings at their default values.


I prefer to keep monitoring enabled, as additional feedback that I am transmitting. (My eyes are likely to be focussed on my computer screen instead of on the FT-891.)


I generally keep the meter on SWR, so I can make sure I've got my antenna tuning right, but for initial setup, I set it to ALC to help make sure the audio from the computer is not overdriving the rig.

I kept all other function options disabled. 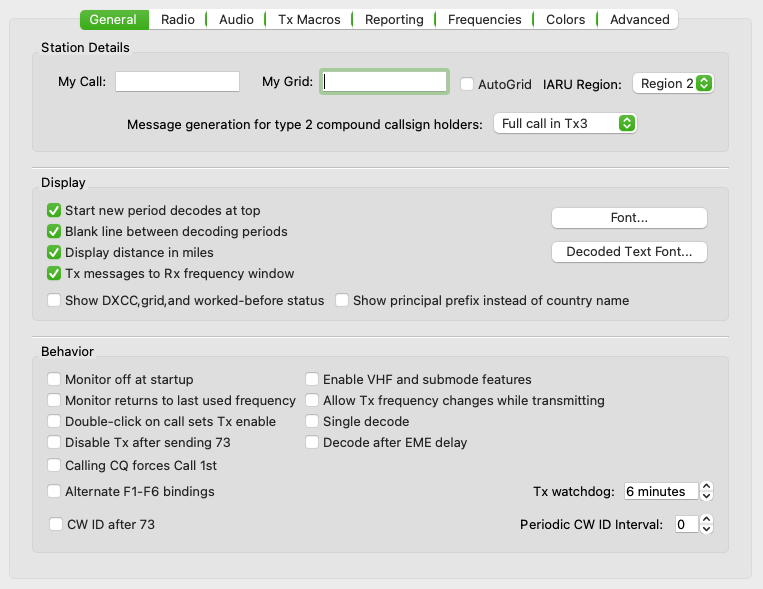 
If the audio device does not appear in the popup menus, try quitting WSJT-X, unplugging and replugging the device, restarting, etc. 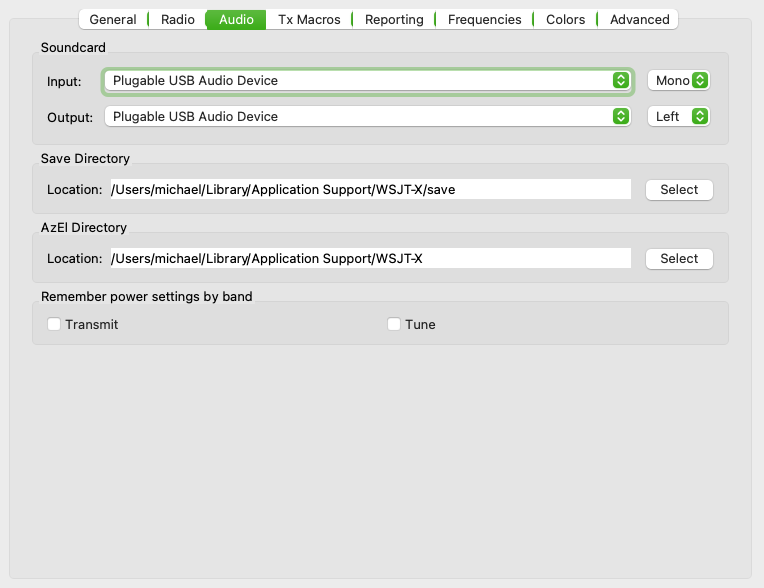 
The "SLAB_USBtoUART" Serial Port options will not appear unless the FT-891 is turned on and the USB cable is connected. Trial and error will reveal the correct one; it seemed to vary over time. 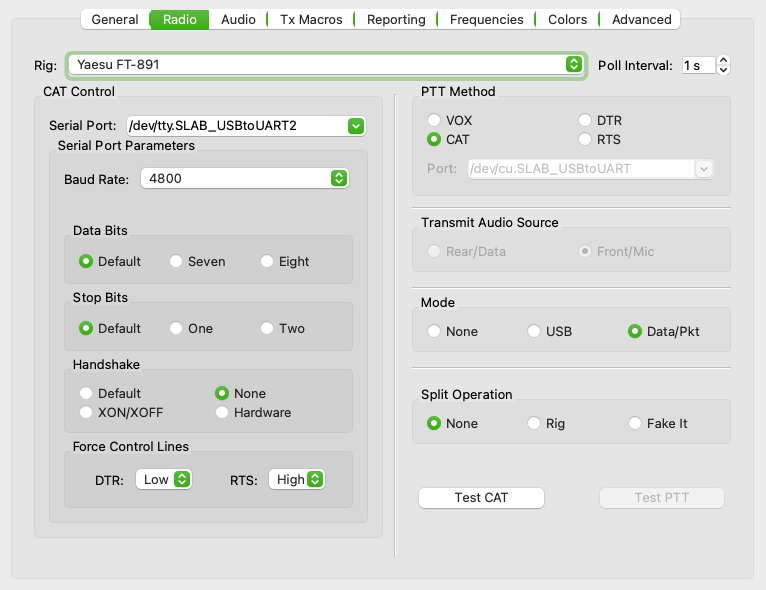